In early trading today, A shares opened low and moved high, and the three major indexes have turned red. The banking sector opened strong, with Ping An Bank (000001) rising more than 5%, and the Bank of Nanjing, Industrial Bank, Bank of Jiangsu, and others followed the rise.  In addition, the Chinese medicine sector also led the rise by a large margin, and many stocks in the sector set off a wave of the daily limit. Medical beauty, digital currency, liquor, etc. were active, while steel and automobile sectors were among the top decliners.

A performance report urges the banking sector to rise

In early trading today, Ping An Bank’s stock price rose all the way, rising by more than 5% as of the noon close. On the three trading days this week, Ping An Bank rebounded by more than 12%. Bank of Nanjing, Industrial Bank, Bank of Hangzhou, etc. have followed suit.

Ping An Bank’s performance in the first quarter exceeded market expectations, which was a direct factor that detonated the banking sector in early trading. On the evening of April 20, Ping An Bank’s first-quarter performance report showed that the company achieved operating income of 41.788 billion yuan in the first quarter, a year-on-year increase of 10.2%; net profit was 10.132 billion yuan, a year-on-year increase of 18.5%.

Ten billion funds and northbound funds will increase their positions

Since the beginning of this year, the banking sector has been favored by various sources of funds, with northbound funds and public offering funds increasing their positions. 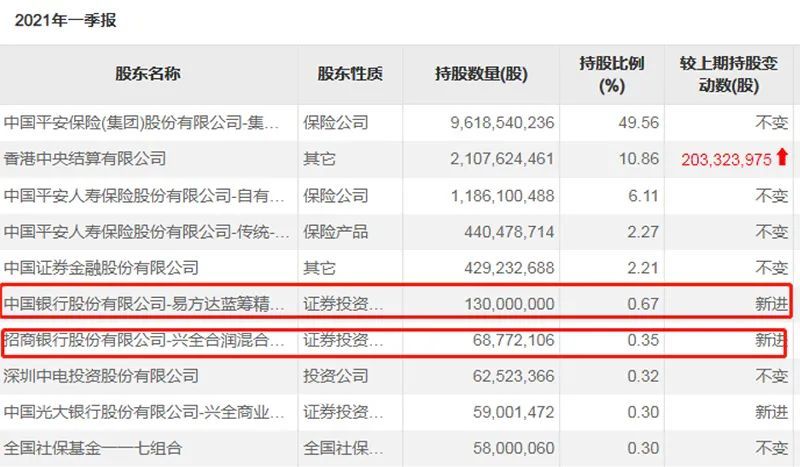 In addition, Xingquan Herun Hybrid (LOF) managed by Xie Zhiyu has also substantially increased its position in Industrial Bank. A quarterly report shows that Industrial Bank is the fund’s second-largest holding stock, with a holding ratio of 5.83%.