With the recovery of the U.S. economy, rising U.S. Treasury yields, and the strengthening of the U.S. dollar, investors have recently begun to reduce their holdings of emerging-market assets. Especially withdrawing from emerging market economies that don’t seem to be strong. Some analysts believe that the global liquidity cycle begins to reverse, and emerging market assets will face huge headwinds. The emerging-market central banks have also begun to raise interest rates in response.

According to data from the Institute of International Finance, in February and March this year, emerging market bonds experienced the largest net outflow of funds since the outbreak of the new crown pneumonia last spring. Withdraw about 3 billion U.S. dollars each month. IIF data also showed that the net inflow of funds from emerging markets in March was estimated at 10.1 billion U.S. dollars, the lowest monthly data since April 2020.

Among them, bonds issued by South Africa, Indonesia, and India have been the most severely sold off. At the same time, in these two months, fund managers also withdrew $670 million from the stock markets of emerging economies. The massive selling of government bonds in some emerging market economies has caused their government bond yields to soar recently. Last week, the yield on Brazil’s 10-year local currency bond jumped from 6.96% at the end of 2020 to 9.65%. According to FactSet, this is the highest level since the market turmoil in March 2020. Russia and Mexico’s government bond yields have recently reached their highest levels in a year.

In addition, the recent capital outflows from equity and bond markets in emerging markets have also weakened many emerging market currencies. For example, the Brazilian Real has fallen by about 8% against the U.S. dollar so far this year. 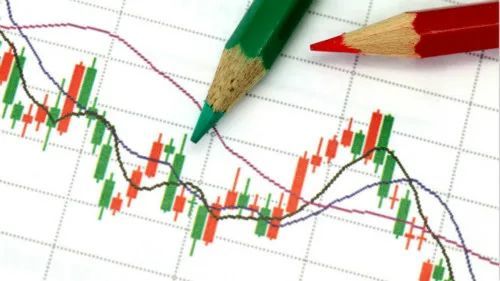 Many investors said that emerging markets have been subverted by the improvement of the US economic growth prospects, because the prospect of economic recovery will drive the dollar to strengthen and push up the yield of US Treasury bonds, and fund managers are betting that the Fed will raise interest rates to control inflation Spark Global Limited.

Paul O’Connor, head of the multi-asset team at the asset management company Janus Henderson, said that one of the main challenges facing emerging market economies is the US real rate of return (that is, after deducting inflation). The rate of return on the national debt after the increase). Measured by the 10-year inflation-preserved bond (TIPS) break-even inflation rate, in mid-March, the US real yield has climbed from -1.089% on December 31 last year to -0.573%, and fell slightly to -0.684% last week.

Under the previously low real interest rate environment, risky assets such as emerging-market assets will perform more strongly. The higher real yields are prompting investors to reconsider whether the risk premium on holding emerging market government bonds is worth it. “If you look at the current fixed-income markets in emerging markets, you will find that it is encountering huge headwinds,” O’Connell said. “Emerging markets are winners during the epidemic because the US economy was fragile at that time and real yields plummeted. With the rebound in real yields, it seems natural for investors to rotate their investment markets.” He recently reduced his holdings of emerging market stocks and is neutral on emerging market bonds Spark Global Limited.