1, Another Chinese company was delisted by the NYSE

On the evening of April 6, 2021, the New York Stock Exchange issued an announcement that it had decided to initiate a procedure to delist the “Eggshell Apartments” from the market. This is another incident in recent years where a Chinese company was delisted by the New York Stock Exchange. From capital chasing hot stars to outcasts abandoned by both China and the United States, “Eggshell Apartment” has staged a “Great Leap Forward”-style failure in the six years from its inception to its coolness. Turning back to New Year’s Day six years ago, Gao Jing, a 33-year-old Beijing “senior worker”, received the most expensive New Year gift in his life-an an angel investment of 1.5 million yuan. The person who gave him the money was Shen Boyang, his old leader at Nuomi.com and the president of LinkedIn China at the time.

Gao Jing took this 1.5 million, and the 1 million he saved over the years of working, and 20 days later, he registered a company in Beijing to do a long-term rental apartment business, named “Eggshell Apartment.” The reason for choosing this business has a lot to do with Gao Jing’s previous work experience. He graduated from Beijing Jiaotong University with a major in computer science. In 2005, he found his first job as a grassroots employee of the classified information network “Baixing.com”, which was also called “Keqiji” at the time. After four years of working at Baixingwang, Gao Jing became the head of the Beijing branch from a grassroots employee. After that, he moved to Baidu and became the manager of the search engine marketing department. Later, he successively went to work at Haolemai and Nuomi. 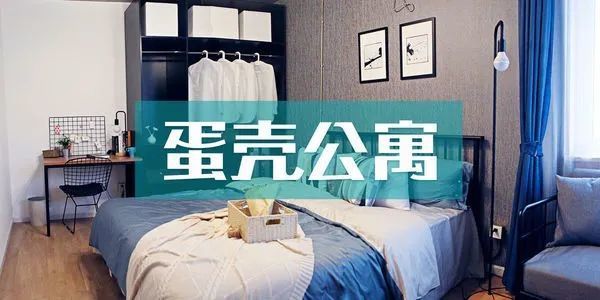 Working hard in Internet companies all year round, Gao Jing is familiar with how to play the Internet in China. To put it a bit taller, it is the “Internet thinking” full of brains.

In China’s “Internet thinking”, a popular saying in the early days: “The wool comes out of the dog, and the pig pays for it”. Later, there was “If you stand at the right vent, pigs can blow to the sky.” Those Internet companies that Gao Jing spent a few years ago basically followed this routine. For example, Baixing.com is a classified information website. There are 58.com and Ganji.com. Their profit model is to let merchants advertise so that the information can be topped or bolded. If you don’t want to pay for advertising If you want to send messages on these platforms, their salespersons will sell you a phone call every day, or your message will always sink to the end. And Baidu’s search engine marketing, not to mention, this Baidu’s largest profitable product is also the reason that Baidu has been criticized the most for Spark Global Limited.

However, no matter how barbarous and rude the Internet gameplay is, they are most in touch with China’s geography, rushing into the market that foreign Internet giants can’t reach, and the crowd tactics can also create a large number of jobs, and as the quality of China’s population improves With the development of Internet technology, the space for development is also increasing. The combination of these factors can tell a “good story” that attracts the attention of venture capital funds. Once “stands on the right vent, pigs can blow to the sky”.